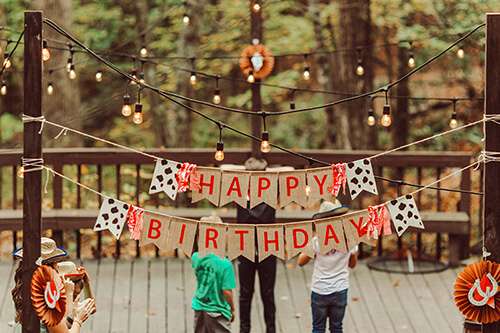 I just turned 34 last week. I generally like my life so far although it was bittersweet at times. Here, as a bDay special, I would like to share 34 facts/memories (in random order) that had or still have some influence on me.

1. At 27, I hiked Kilimanjaro. There were some difficulties on the way—but not the difficulties I expected. The hike was not as hard as one could expect, and I did not get a headache from the lack of oxygen at any point. My biggest problem during this few-day hiking adventure was actually that my nose was getting really cold in the night so that I couldn’t fall asleep properly.

2. I am tetrachromatic and see more colors than some other people.

3. I did three Master’s titles. Still don’t know why.

4. I think best at the temperature of 90 Celsius degrees. Almost all the good ideas I had in the last couple of years, I got in the spa.

5. I am afraid of deep water. Ironic for a person who throws herself into deep water all the time.

7. I have one sister, she is currently a Postdoc at Stanford.

8. In high school, I was quite convinced I was into women. I don’t think that anymore.

9. I had very strong political opinions when living in Poland, but ever since I moved to the Netherlands, I am becoming rather apolitical.

10. I used to listen to rock music when living in Poland, but ever since I moved to the Netherlands, I am leaning towards electronic music. I guess this is partly due to the fact that I changed the way of looking at music: it is no longer means to carry any message or make me think but rather, a pacemaking tool to keep me going.

11. I drink between 8 and 12 liters of liquids per day. I have no idea how most people can call it a day after drinking just two liters. I feel I would literally die after a few days of such treatment.

12. My biggest achievement ever is that I have a really good sleep. It literally happened to me a few times in my whole life when I had problems with falling asleep (one of them mentioned above). Even when I am extremely stressed, I still sleep like a baby. I would rather have problems with waking up in the morning.

13. I had a traumatic childhood: I was allergic to chocolate as a kid.

14. My father is a chess player. Yes, some people live off from playing and teaching chess.

15. I studied a lot up to this point. I was always a disciplined student at school. I finished three Master’s and I am just about to finish a PhD. Yet, almost none of the things I am doing now, I learned behind the school desk. I am slowly getting skeptical about the whole point of the current school system.

16. My first trip abroad without my parents was in high school. I won a competition in mathematics and I was sent to Paris as a reward—in a bus together with 30 other nerdy teenagers.

17. When I was 9 years old, my best friend was raped and strangled to death.

18. At 17, I joined the MENSA association. But after two years, I was expelled for not paying the annual fee twice.

19. All my boyfriends so far were younger than me. No idea why.

20. When I was a 3-grader (around 9 years old), our school teacher made an assessment of our personality and abilities. I could read her remarks when I was graduating from primary school at 14. She assessed me as ‘shy, slow, and probably a bit retarded’.

21. I just cannot sing. If you invite me to karaoke, you will regret it… But I can drink and dance, so I am still a good companion for parties.

22. As a kid, I wanted to be a dentist as the local dentist had the biggest house in the neighborhood.

23. I was a vegetarian for 9 years. At see point, my General Practitioner persuaded me to start eating meat again after I run out of certain elements and started recurrently getting sick. Apparently, vegetarianism is not for me.

24. My teenage years were bittersweet. I was a quite depressed, and stressed teenager. At 16, I weighed 25 kg less than now and I was under medical observation under the suspicion that I suffer from anorexia. Well, I didn’t eat much indeed. I still keep friends from high school though! Sometimes I feel that they are the sanest people I know.

25. In my 20s, I was traveling to a few distant places, from highly touristic sites in the US or Tanzania to quite unknown sites in the Andes or South Korea. After talking to the locals in all these sites, I came to the conclusion that people are pretty much the same everywhere, even though they might express themselves differently. Since then, my appetite for traveling is much lower.

26. At 30, I froze my egg cells as an investment in my own peace of mind. Highly recommended!

27. I wrote my first official book in four weeks. This was a very pleasant and rewarding time!

It was about the adventures of the toy animals living in a city on a secluded island (reflecting the toys I had in real life) Briefly, the main character was Kasieńka, a female fox who was a femme fatale.

She was followed by Wąsik, a male rabbit, who was a not-to-smart policeman with a golden heart. Catching Kasieńka was not so easy because she was intelligent, and always surrounded by a number of bears-alcoholics fallen in love with her, and always ready for a fight.

The whole city was dominated by corruption, prostitution, and alcoholism. I guess it was a sort of a fairytale version of Sin City. My grandma read the story but she didn’t really like it for some reason.

29. Last year, my savings of a lifetime were stolen.

30. I sometimes have a hard time fitting among other people because I have the mind of a scientist and the personality of an entrepreneur.

It is sometimes the case that other people do not get my points and motivations, and I need to go on and act on my plans without explaining myself. I also feel best in environments in which there is a lot of space, a lot of people and no fixed rules on how you should spend your day. That allows me to find the right activities for myself, and surround myself with the right people. Freedom rocks!

31. In order to buy a house in a quarter of the city that I liked the most, I produced myself leaflets saying that I was a nice, hardworking person looking for a house in that neighborhood. I put these leaflets in every single mailbox in that quarter. It was a bunch of 900 leaflets, and it took me a month of walking every day after working hours to distribute them. And then, I got exactly the house I wanted.

32. I had to create my own institution in order to affiliate myself with myself. I had to launch the Solaris Foundation a year earlier than originally planned, because I had a few articles in the pipeline, and my last employer declared that they did not want me to put their affiliation on my papers unrelated to my PhD. And this is how Solaris was prematurely born.

33. I adore Italian cuisine. Pizzas and lasagnas are my favorite cheat meals.

34. I first got the idea of researching the human brain when visiting my grandma on her deathbed. She asked me how my recent trip to Ireland had been, and who was the guy sitting next to me. Well, this guy was my father and her son. It came to my mind that human memory is an amazingly complex thing. And, that the human brain is an amazing topic for research.