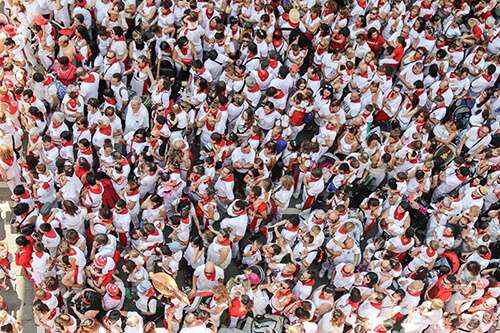 Interviewing people with interesting (and difficult!) career paths and rare professions, yields interesting conclusions. Namely, these people they tend to share one interesting characteristic: from a very early age, they know what role towards other people they would prefer to play. You can probably recall that many famous showbiz people report that they were dreaming about being a star since a very early age — typically, since preschool times. Yet, this not only holds for the stars of the entertainment business. The mundane citizen who found their niche on the job market often report that they knew early on whether they want to teach, lead, connect, or assist other people — or rather, they would prefer to just develop their craft and work without direct contact with other people.

HOW TO LEARN YOUR PREFERRED ROLE?

This concept sounds all so simple; just ask yourself the question, “What type of role do I want to play the most?” and voila! You will have a shiny career. But in fact, it is not simple at all. What type of role do I want to play? It’s a hard question. The point is: you often pick projects (or, if you have great self-management skills, you choose both the project and the team) rather than roles. And then, you change your role, depending on the situation, so it becomes more of a by-side effect of the situation than the assumption. Some exemplary scenarios:

“I chose to do a PhD in evolutionary biology as I really loved the idea of studying this topic. I wanted to stay at my university after my PhD. However, there were no open research positions in this field that I could possibly get at that point. There was an option to teach though. So, in the end, I got employed as an academic teacher.”

“I worked at my employer as a specialist for the last five years. Since the company is rapidly growing and I gained a lot of experience while working here, they proposed me to take the position of the project manager and to assemble the team that I will be leading from now on. Exciting but scary!”

“If I could choose any job in the world, I would be a YouTuber and share my life hacks with the rest of the world. But, I know that these days everyone wants to be an influencer. So, I dropped this childish wish and I chose a regular, decent job behind the counter in the bank instead. I am ok with that.”

In the end, the role to play towards other people is something we often compromise on behalf of the job security, working in the field we want to be in, or working in a particular team. It becomes the least important criterion — even though it should be one of the most important factors. At the end of the day, the concept of money is that it is a payment method that represents the value you create. And, at the end of the chain, there is always another person (or a crowd of people) whom you influence by doing your work: you either sell some product directly to the customer or to another company that sells to customers. Or, if you work in the public sector, you produce value to the society so that the taxpayers are willing to indirectly pay for your work from their taxes. So, choosing the right role is very important for developing internal self-motivation and becoming successful in the job market in the long run.

So, how to figure out what role you prefer to play? That’s the difficult part. One obvious thing to do is to treat this as a research question and look at the empirical evidence. Every adult person participated in a variety of projects, even if these were just school assignments. Everyone organized some events in their life, even if it was just a birthday party at home. Everyone taught someone else something, even if it just meant showing a friend how to exchange a flat tire on their bike. Everyone had to persuade someone to something, even if it just meant collecting some coins for a school charity project among neighbors. Everyone had to listen to some instructions from parents and teachers. So, a very logical strategy is to now look back and try to tell which of the situations that involved other people were your best memories, and why. Even if you haven’t had a real job yet, it doesn’t mean that you cannot find enough evidence. Actually, it is often better to get down the memory line – all the way back to the primary school when there were no confounders that might change your self-perception or influence your choices – such as the usual suspects: money, addictions, or attraction towards other people.

Yet another thing that is useful to do (and much less intuitive!) is as follows. You can twist the question and ask yourself, “How would I like people in my working environment to feel after I entered the room?” Is that:

NOT ALL LINCHPINS ARE LEADERS!

By the way, we live in a culture in which success is often understood as becoming a leader or a star in some community. But as a matter of fact, it is often not the leaders or the stars who have the most stable growth in their careers and end up the furthest. People who stand behind the scenes and let others lead projects and shine in the spotlight are often far more successful in the long run. For instance, startup accelerators that provide good quality advice and services to startups, succeed more often than the startups they service (while these startups often launch with a belief that they will become disruptive leaders on the market, and create the Facebook 2.0 or so — but instead, they often flop on the market). Or, in an example, Hollywood: not the actors or the directors but the producers are the most wealthy people in the industry. Even though they work behind the scenes and their faces are usually not known to the general public (unless they do something really bad…), they take all the key decisions and earn the most. Each one of these roles can lead to a good career, not just the roles in the spotlight as the media tries to convince us.

Bielczyk, N. (2020, April 18th). How you would like (them) to feel? Retrieved from  https://nataliabielczyk.com/how-would-you-like-them-to-feel/

If you would like to read more about careers (for PhDs and other white-collar professionals) and effective strategies to self-navigate in the job market, please also take a look at the blog of my company, Welcome Solutions where I write posts dedicated to these topics.