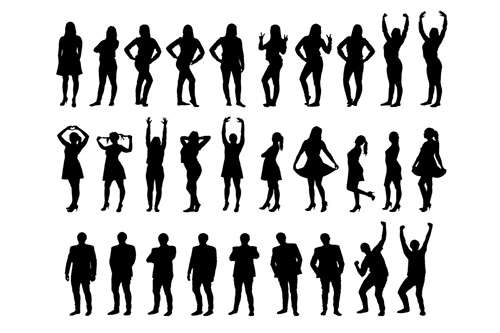 It’s been a long road up to this point since I left my parents’ place at the age of 18. Hundreds of courses and dozens of research projects back in Warsaw where I used to study three majors at a time. And finished all of them, which was a long and painful process. Many people were asking me back then: what is all of this for? And honestly speaking, I was often asking myself the same question. At the end of my studies, I was feeling a bit lost and I was trying a lot of activities for a living – eventually, I even landed on MBA course and got some professional title in economics, I did an internship in neuromarketing and I translated documents for the aviation industry for cash. Eventually, I went abroad for a PhD in neuroscience – and it was a long and bulky road towards the PhD degree which did not end to this day. In the meantime, I got hooked up with the idea of generating passive income through renting real estate, with blockchain industry, which started as a hobby and then changed into the beginning of a new path as an entrepreneur, and with mentoring researchers which also started as a hobby and then led to the birth of international organization with ANBI status named Stichting Solaris. What comes next? Who knows!

But, when I look back at the past 15 years, I some patterns clearly, coming over and over again. First of all, I see that there is only one asset that has been systematically accumulating over these 15 years. It was not money, which you can easily lose in the nearest bubble. It was not knowledge, which can become useless once you change the discipline or profession. It was people.

You never know when it will become useful to summon old contacts – for instance, some friendships formed 10 or 15 years ago in a different part of the world. Sometimes, when I think about past research projects, internships and travels, the only useful outcome that came out of many of these events, were new contacts gained on the way. For instance, nine years ago I went for a monthly, unpaid internship in some neuromarketing company in Warsaw. The internship sounded very cool at first, but It turned out that in this company, they do neuromarketing on a very low level, just very basic analysis of interhemispheric asymmetry of brain activation done with the use of EEG. A high school student might do it. It also turned out that they cannot teach me anything in there as the R&D department exists only on paper, and instead, they press on me to develop their next product, namely to write down the software for a more complex EEG analysis which they could then commercially use for higher rates. For free of course. It also soon turned out that all 26 employees are young, exploited, frustrated, underpaid people who are dreaming about leaving this company as soon as they possibly can – and every lunch with them feels like group therapy.

But, there was one other intern, Ewa Roszak, who accidentally happened to find herself in this hostile place at the same time as me. We soon made good friends, and we have been in touch ever since. Ewa was taking her first steps to becoming a coach back then – and this is a very competitive space.

Among psychology graduates, coaching is a very popular direction. It is mostly because coaching is associated with helping ambitious people to grow and become successful while a typical cognitive therapy is more about handling depression and misery. The difference between working aa a coach and working as a therapeutist is like a difference between working in the wedding and funeral industry – no wonder everyone tries to avoid the latter. So, Ewa was ambitious enough to try herself as a coach even though she had no contacts in the space, no shoulders and no cash. This meant that for years and years, she had to commit to self-development, go through multiple pieces of training, do free internships and work for free to develop a base of faithful clients. And now, almost a decade later, she is an established coach with a schedule fully booked for at least a few weeks ahead, and the best selling author. And now, she is the person I called when I came to the idea of writing a book. She is the only good thing that happened to me during that internship nine years ago.

So, over these 15 years, contacts from high school, undergrad studies, and graduate school, as well as contacts from conferences in blockchains and mentoring circles in academia, started accumulating and merging into one huge, transcultural, modular space of networks of mutual support. Why is it so important? People mean safety – whatever problem you get, you know someone who might know the solution or know another person who knows. People mean understanding – for every aspect of your life, you know someone who has similar experiences as you and might mentor you. People mean inspiration – for every idea you get, you know some who could facilitate this idea and motivate you to go for it. Lastly, people mean trust – trust is something which you can only build over time, and you cannot speed up the process in any systematic way. Trust grows like a plant; you plant it and water it with mutual experience, and then wait for the results for years. And you will get your results unless some unexpected calamity like bugs or thunderstorm destroys your work in the meantime. But trust is essential, especially if you are going for new jobs or business projects; this is why it is so important to keep on developing bonds over time.

But this is not all. Other people also allow you to self-discovery. When I was in academia, I always felt misunderstood in a way, regardless of whether I was a high school student, an undergrad or a graduate student. Don’t mean me wrong; I was accepted as a person, and I was not bullied by peers in any way. I just had a label of a weirdo or a person who thinks differently. Some people enjoyed me this way, but it did not change the fact that I had this itchy label of ‘something different’. It is only recently when I found myself among entrepreneurs when I felt understood as a person – for the first time in my whole life. This made me think a lot about what profession I actually should pick in the long run. Other people’s enthusiasm is like a litmus paper or as a mirror; sometimes they see something in you which you do not notice yourself, and happen to appreciate it.

Lastly, I would like to say that I enjoy my recent freedom to set my schedule, which happened after my PhD contract has expired. And the main reason is, again, people. I feel I benefit a lot from the fact that I can finally pick people to spend time with, and as a result, almost all my waking time is quality time at the moment. This is one aspect of entrepreneurial lifestyle which is rarely brought up, yet I find it important. When I was I graduate school, I was expected to go to lunch with coworkers regardless of whether or not I had common topics with them. These were nice people of course, yet I was often feeling bored sitting next to some girls chatting about shoes or incoming vacation, and giggling like teenagers… I was bored like hell, I was burning inside and often staring at the window, thinking of jumping. I didn’t feel any reason to chat about the things which did not interest me daily – yet I was expected to, as this was my workplace after all. Now I can call anyone I wish, meet any time I want, and talk on the topics I like to discuss at the moment the most. No small talk anymore.