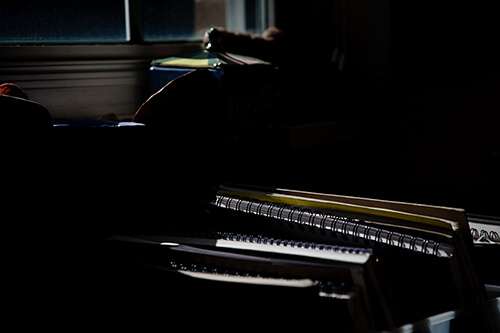 Recently I started teaching, and I have a plentora of feelings relating to this new experience. First to say, it is definitely true what they say: 80% of our fears is completely unnecessary.

So, I was hesitating for a long time if I can manage to supervise a student. Namely, if I will be able to catch some good vibes and keep on going regardless of little bumps on the way which naturally pop out during the publication process: you try and it does not work, and does not work again and again… I was afraid that taking a student would pose a lot of pressure on me. And, I felt some responsibility – after all, you have a major impact on these people’s further career choices. Maybe they will get attracted to academia, maybe they will get completely repulsed.

Finally, as a daughter of a teacher (of chess), and a manager (in aircraft), I came to conclusion that I should try. My dad used to do miracles as a chess teacher. For instance he took a group of random kids living in a small city in the Polish countryside, and after just two years these kids because team champions of Europe in the age category of ‘under 14’. My mum is not the other hand, is very good at self-management; as a 45-year old she used to have 30 workers dependent on her in the corporation, her little private company next to the job, two always hungry kids at home, and she was still able to learn two foreign languages and build a house after working hours – just as a hobby. So, if they can do it, why couldn’t I become the same successful?

And so it started. The beginnings were not so easy because there is a little number of computational students at the campus, and for those who are not computational, my projects are usually scary. Finally, I found a brave young woman who decided to do a project with me. I liked her attitude and in this case, I applied more or less the same strategy as when I was looking for tenants a few months before: I went for a good karma rather than for a CV. This was a tricky choice though, because the student initially delved into the subject with a great impetus, but after that, just after a few weeks, she disappeared from the project, claiming that her programming skills are too poor to pursue the task I gave her. I took a lesson and made myself a resolution that the next time, I will give the student a very little and very specific task, otherwise they will simply get discouraged in the process.

In the meantime I also unexpectedly got a rotation student who turned out to be fantastic, got really interested in a project and productive. It was a lot of effort to conduct this project next to my regular activities but I saw an opportunity there, and I can definitely say it was worth it. Especially because he was a Master student at the local university, at some major full of computational students. So, direct marketing from one happy student might potentially attract more students in the future. And so, the business started rolling.

From what I have observed up until now while interacting with students, I believe that people have a natural motivation to learn. Every time they start a new project, they have their hopes for achievement, and a greed to learn new stuff and to perform new tasks. But usually, master and PhD projects are just mismanaged: a new student comes to the office on their first day, and then it turns out that nobody organized a desk for them, they are not registered at the department, they do not have an account in the system, their project is very blurry, and the supervisor is always busy. And so they start: with no logistics sorted out, and with a big bunch of papers to read in hope that they will learn about what this new field is all about, and what they are actually going to do in the project. And while they are frantically looking for a good representation of the project on their mind, their initial enthusiasm is slowly fading away, being replaced by a feeling of falling behind, and a fear from being evaluated.

Therefore, what I think is particularly important to do is to give a student introduction to the project and a small task which can be accomplished straight away, so that they get some initial result within the first two weeks of the project. For instance, even if the student does not know about programming, it is good to show them some templates in Python so that they could produce some first plots in her first week of the project. This gives some sense of a mental comfort and being productive, and some positive thoughts that eventually everything will be fine.

So, my first experience about teaching is very positive. I also noticed a few new facts about myself, and about others this week. First of all – what was shocking to me – was that people actually do what you say. I never listen to authorities before I filter what I hear, and before I figure out whether the task is what I really should be doing at the moment, in terms of its utility for the end goal. But most people, apparently, will just turn to tasks which you give them and rely on our authority and experience. I was completely flabbergasted when I told a student to do something, and student just did it. It was scary because it meant a responsibility.

Second, I discovered that I have a hidden, second engine. Normally, I program in the morning since in the evenings I am much more prone to errors, and after a few working evenings I am missing energy and lose on productivity. I just can’t work effectively for more than eight hours per day. But now, when someone depends on me, I somehow find this additional energy to spend evenings on doing little things for other people’s projects, and I find it very pleasant and energizing actually. I have a feeling that a lot of interesting things are going on, and that I am in a vivid environment in which I am necessary. That’s a great feeling.

Third, I discovered that being protective towards students can be stressful. In a group I am working for, your research can be criticised which is obviously a part of a regular scientific discussion. I never take it personally, and when I hear that my approach is invalid, I just ask what is the right approach and correct it. But when my student was presenting and we heard some criticisms, I all of a sudden got a cold wet, and I had a deep sense of guilt. This is going to be the hard part of the teaching process for me.

Last but not the last, the master students reminded me of these sweet times a few years back, when I had no boss and no deadlines, and when I was fearless to take on new projects just because I was interested in them. Master students are a good accompany exactly because they are so fearless. They usually come to the project without any particular expectations – they just want to learn something new and useful for the future, and then write a report about what they learned. And in case they publish something, that’s just an additional bonus from life. So, they do not really spend their time on sitting and mind-wondering: will I manage? what will my boss say to this? am I good enough? They just come over and do stuff. I am also much more self-motivated when I see this good, healthy attitude around me – which is a quite uncommon phenomenon among the PhD students by the way. Teaching students is a very rewarding aspect of this job, and I am really excited for the next student projects to come.