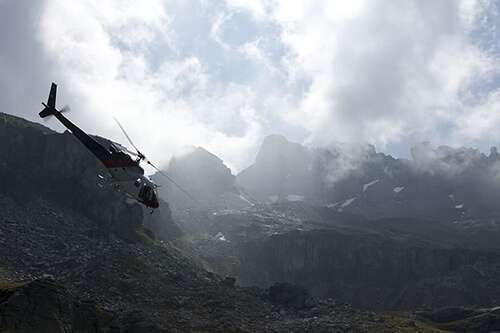 For my whole youth, I was spending most of my time reading books and going through thousands of textbook assignments. At high school, I was a classic teachers’ favorite; I used to listen to my teachers’ advice and fanatically follow. As an undergraduate, I was working myself to death by taking as many courses as possible. In the end, I built such a large portfolio that I wrote three Master theses, and I graduated from three Master’s programs at a time. As a PhD candidate, I was spending 60-70 hours per week trying to build a causal model of the human brain on my own. I still remember all these weekends when I was the only person among all 200 employees who was still working in the building. It was a chilling and almost horror-like atmosphere to get from my desk to the coffee machine in the canteen by walking through this empty, dark building. I used to play chicken with the clock and run outside the building just a few minutes before 11 pm every day (as the front gate was closing for the whole night at 11 pm sharp).

In the end, after twenty years of torturing myself with books, articles, and never-ending assignments, I realized that being an egghead doesn’t really prepare you for life in the real world at all. And, that this is not even my preferred way of learning. So, I took a nosedive from the ivory tower straight to the level of the street.

Namely, instead of digging into models of the brain’s causal structure, I started looking at much more tangible and down-to-earth problems. Since I experienced a problem with finding a good job as a PhD graduate on my very skin, and I sympathized with PhDs a lot, I started from solving this problem — as I felt that this was the area where I could produce value the fastest. And, I knew that as soon as I come up with some viable solutions that I can clearly communicate to the customer, I will be doing just fine. As a matter of fact, most people only care about a few things in their lives: their family, relationships, health, pocket, and their job. So, if you can significantly help them improve in any of these areas, you will be good in professional terms.

Of course, I have some other hobbies as well, and friends scattered all over the place. But realistically, I had to put these projects on hold for now because I couldn’t clearly see how I might produce value in these areas right here, right now. For instance, I still have quite a number of friends in blockchains, and I even wrote one white paper for a blockchain project last year. But, I couldn’t really see myself doing anything meaningful in that space right now, for various reasons.

First, I didn’t want to become yet another evangelist who doesn’t produce any new content but rather, spends hours and hours glorifying Bitcoin on Twitter. I also knew that programming was too draining for me to make it my profession — technically I could do it, but it was never my favorite way of spending time; it used to make me tired and frustrated really quickly. There are just so many people who are better programmers and who enjoy programming so much more than me… It is so much better for everyone if all these smart people do this type of job instead of me.

Second, I knew that the blockchain space was full of random people fishing for easy money. Of course, there are also wonderful people out there: the real builders who pull off really valuable projects — but these people are scarce and hard to get to. For this reason, it was hard to find the right team to pull off almost any project successfully. Plus, this whole market was so dependent on the external factors (i.e., short periods of bull market intertwined with long periods of bear market) that there was a huge risk in creating just any project on top of the usual risk associated with building companies.

Third, I lost lots of my private money as a result of meeting the wrong people and my own stupidity three years ago. I really felt like one big failure! Thus, for the sake of my own mental well-being, I didn’t want to be bombed with daily news on the Bitcoin price forecasts and all these daily scandals and revelations that are the reality of the crypto world. I didn’t feel that I had nerves strong enough for that at the moment, and I wanted to do something peaceful and progressive instead — no scandals involved, just the everyday grind, incremental progress, working with smart and positive people, and producing value every single day.

At some point, I also realized that the fact that I had a personal interest in something, didn’t necessarily mean that I had to make income on my hobby. Take blogging for instance: I like blogging, and I was blogging for 14 years now without any financial incentives to do so. Maybe one day the dots connect and then I do make income on my casual writing, and maybe this will never happen — but I don’t rely on my writing as a source of income.

At the same time, I was really curious about which direction this whole field would go, and I met a lot of colorful people in there. If not these people, then most probably I wouldn’t have a company right now… And as a matter of fact, these people cared about me much more than friends I had made in academia: when I was in (mental and financial) trouble after my academic contract expired, it was actually the blockchain people who were calling me, asking me how I was doing, taking me to dinners outdoors, and making me feel like I had life. So, I continued hanging out with friends I had in blockchains, and I tried to spare one evening per week on learning something new about the whole topic. But other than that, had to put it on the “maybe” shelf for now.

And in the end, I turned towards the job market instead — and unlike everything that I had ever done before, the job market is 0% textbook knowledge and 100% street knowledge. Let me explain.

When you try to learn yet anything about the structure of the job market or about rules that influence its dynamics, you won’t find any viable information either in books (unless it’s my book ;)) or online. Forbes, Gallup, and other influential media and information agencies will only sell you a lot of trivialisms and repetitive information. You will read hundreds of times that the soft skills are important. Or, that we live in the information era in which the ability to program, apply machine learning techniques, and build predictive models pays off and guarantees good positions. There is nothing like a “map” of the job market, no systematic studies, nothing! No further insights, no insider’s information. Not mentioning the possibility of studying the job market; there is no such major anywhere in the world. For worse, in most countries, you don’t even need to get any license to become a recruiter; you just need to set a company — and off you go! As a result, there is a mass of random people in the recruitment industry who produce even more noise than the agencies like Gallup have already produced.

My guess is that all this mess is due to the fact that there is no insider’s information — no one in this world understands the job market! In fact, to a large extent, the job market is driven by the survival instincts: most employers are badly looking for the right person that would fill the hole after someone who just left the company while most employees are badly looking for the next position for themselves as they fear from a possibility of getting broke. There is no one who would peacefully and objectively look at the whole job market from the outside. Of course, there are all these large agencies like Gallup that analyze the job market. BUT, these agencies are effectively corporations hiring thousands of employees, and life in such a corporation becomes nothing else than a rat race and writing one report after another in hope of getting promoted. No one looks at the results from the distance and trying to take the helicopter view at the whole landscape of possibilities, and migration in the job market. Misinformation is a monster that steals people’s lives as they spend most of their waking time doing the wrong jobs that physically and mentally destroy them. And these agencies produce chaos instead of trying to tame it, as they need to constantly produce a lot of (often, content-less) reports in order to sustain their income and pay thousands of their employees.

For all these reasons, the only viable way of learning about the job market is by talking to people: asking about how they make decisions, what were the factors behind their professional success, what are their regrets, and where they are planning to go next. Or, asking what they value in their bosses and in their employees. There is no other way — it is 100% street knowledge. And that’s also how I wrote my first book: I talked to enough people to get a good picture of how the landscape of possibilities for PhDs on the job market actually looks like.

That’s also why in my company, I recently started organizing webinars. On the one hand, this was because in the times of the corona crisis, organizing free online meetings has become the best way of promoting what you do. Honestly speaking, I am a private person and in any other circumstances, I would be too stressed to do anything that could ever go public, such as online streams and videos. But, in times of the crisis, I have to push myself beyond my comfort zone and I didn’t really feel like I had any choice there. But on the other hand, this was also because I knew that every meeting is yet another chance for loading a new bit of information, and for building a more accurate picture of how the job market actually shapes.

To understand why the current situation looks like and to be able to predict how the job market will look in the future, you need to understand how people make decisions and what they value — as this has a direct influence on which professional skills will be desired and highly rewarded in the coming years. It is similar to the laws of physics: to understand how the world is built and be able to predict how things will move around, you need to uncover the laws of physics first.

So, this is what my current occupation is about: going to the street and talking, talking, talking, writing blogs and books, casting workshops, consulting people as a career advisor, talking, talking, learning more, writing aptitude tests, talking, sales, talking, talking. It is not easy to get a grasp of the whole job market! At some point, I thought to myself, “So, you are planning to do on your own what the whole Gallup with 2,000 people on board is doing, and with no money in your pocket and no people you could delegate your work to? You crazy?” But then, I looked in the mirror, and I smiled to myself. “Sure you do!”