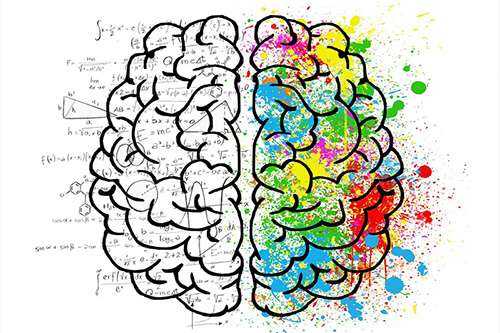 What is the Proof of Work (PoW)? How Bitcoin Works and Why Does It Consume So Much Energy

Industry gravitates towards a high level of automatization worldwide. Machines, machine-learning algorithms, and AI take over human jobs in multiple industries, e.g., in engineering, aviation, banking, military, or retail industry—just to name the few. In most circumstances, automatization leads to efficiency and allows for lowering the overall costs of the infrastructure. However, it is not always the case. In particular, full automatization might not lead to efficiency in the areas where collective decision-making requires computational power. An example of such a situation might be the Proof of Work (PoW) consensus mechanism, which is in principle how Bitcoin works.

Is there any alternative to PoW that might be, by design, even more decentralized, human-friendly, and cost-efficient? In this article, the concept of the Proof of Mind is introduced. This concept challenges one the axioms of blockchain industry, i.e., the necessity to use computational power to confirm transactions.

How does the iconic PoW consensus mechanism work? Briefly, it is a mechanism for confirming electronic transactions between the network users maintained by multiple (electronic) users, further related to as miners. Mining is based on the concept of a so-called hashing function. In Bitcoin, this function converts any string input into strings of 256 bits, and has a formula unknown to the users. Miners need to race with each other to find unconfirmed blocks of transactions and validate these blocks.

Validation is performed by reading the header of the block and using computational power to find the nounce of that block: a number which, combined with the header, becomes an input to the hashing function that gives an output with the desired number of zeros. After a miner announces a validated block, other miners can immediately verify it. It can simply be done by launching the hashing function on the input that contains the proposed nounce and checking the output.

The desired number of zeros at the beginning of the output string is a measure of the current mining difficulty. This parameter can be modified by the community depending on the current traffic in the network. Namely, if the joint computational power of all miners in the network significantly increases or decreases, the difficulty can be adjusted so that the miners still have comparable chance to mine a block.

After adding the new block to the blockchain, the miner can search for another block and append it to the previously added block. After 10 minutes, the miner with the longest chain of confirmed blocks wins the whole competition. Those blocks are then officially added to the blockchain.

Mind that, since miners look for the right nounce at random, i.e., by trial and error, PoW is probabilistic. The consensus confidence asymptotically approaches 100% along with every added block, although it never reaches 100%. However, in the real world scenarios, we can feel safe about the appended blocks as the probability of a malicious hacker attack in the PoW is very low and asymptotically reaches 0%. That’s how Bitcoin works.

Why is PoW Probabilistic and Computationally Costly?

In this architecture, the mining nodes solve mathematical puzzles by sampling random numbers in an attempt to find the right nounce. This involves an iterative process of guessing rather than intelligence, or, solving deterministic tasks. Bitcoin value comes from the fact that due to stachasticity, the chance for success in every node is proportional to the hashing power in that node. If the tasks were deterministic, the owner of the fastest node in the network would always win the competition and take it all. In other words, for the network to stay decentralized, PoW needs to induce randomness in the network because of the deterministic nature of mechanistic computation. And, that enforces the mining nodes to use large amounts of computational power and thus, generate associated costs.

The Perfect Imperfection of the Human Mind, and How It Could Be Used for Building a Secure, Green Blockchain 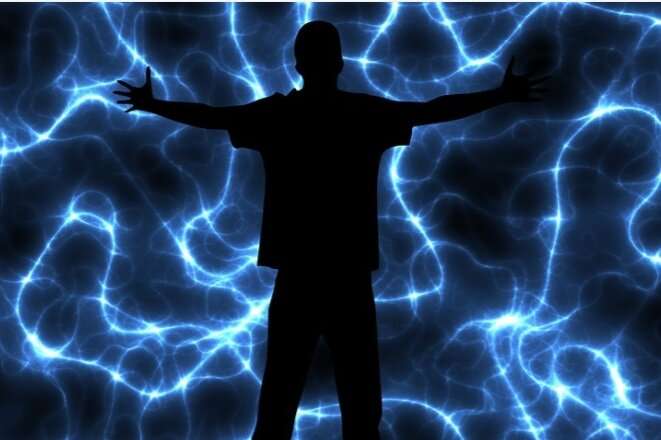 Unlike machines running on silicon chips, the human brain has intra-variability and does not generate fully predictable dynamics. Given two choices of similar valence, it could make two different choices on different days. The choice can depend on a number of small and seemingly unrelated factors such as the transient balance of hormones, the coffee supply, air pressure, external temperature, etc. Therefore, instead of injecting random numbers into the introduce fairness in the mining protocol, one could make use of the randomness of the human mind. Namely, instead of creating computation-heavy, probabilistic riddles meant for deterministic processors, create deterministic (and thus, energy-cheap) tasks meant for probabilistic human minds.

The tasks would need to be hard to solve with the use of AI but easy to solve using human visual perception, fluent intelligence, and/or emotional intelligence, for instance:

a) Sentences that need to be filled with one missing word which the participants need to guess from the context. Extracting the semantic meaning from a sentence is still hard for AI, especially if the sentence is humorous, contains irony or a metaphor,

c) Tasks based on visual perception, e.g., questions about objects visible in a photograph that require visual processing and spatial or emotional reasoning.

Ideally, these riddles might not only serve to build blocks on the blockchain but also educate the participants. For instance, one could build a platform to help the miners learn new languages and other competencies useful in the job market. This could be a great way of gamifying the learning process in many disciplines.

How to Create Such a Solution?

Ideally, tasks based on visual perception should be generated automatically, e.g., using Generative Adversarial Networks (GANs). If tasks involve text, they could be created using AI-based automated content generators. As an option, creating the tasks could also be a full-time job for human contributors to the network (and create additional jobs in that sense). However, it is not an ideal solution as it requires introducing trust and thus creates some vulnerability in the network.

Of course, next to applying this scheme to education, gamifying the whole process by designing games in which making logic moves in the game can account for confirming transactions, is also an option. Multiple gaming platforms use blockchains—but not in this context. Namely, in the today’s gaming industry, blockchains are usually used to (1) certify users; (2) certify digital assets (such as the digital items sold to the players); (3) release unique, exclusive Non-Fungible Tokens, (4) process the payments; (5) pay users for watching ads. Building a blockchain that gamifies the process of confirming transactions would be a new solution—in this setting, the game serves to fuel the blockchain dynamics and not the other way around.

Why Can the Proof of Mind Be Truly Decentralized?

In this system, dominating the network by forming consortia (currently represented by the mining pools) wouldn’t be beneficial anymore. Namely, if the tasks are meant to be solved in a few seconds and can’t be delegated to machines, solving them in teams would slow down the process as this would require verbal communication. Thus, teams would have slimmer chances to win the race than individuals.

Furthermore, in such a system, it is not possible for one individual (or a small group of individuals) to control the network. Everyone has a naturally limited attention span and needs time for resting, recharging, and sleeping. If thousands of users compete with each other, it becomes hard for any given user to come up on the top of the leaderboard every single time. As mentioned above, many external factors influence the performance of the human brain. Therefore, it is impossible to remain the top-performer for longer than a few minutes.

The Possible Hurdle #1: The Soft Launch

Of course, one hurdle to implementing such a blockchain would be the necessity to gather enough participants so that the network indeed becomes decentralized. Metcalfe’s law (the scaling effect) is a hurdle that most new platforms struggle with.

In practice, kicking off such a network doesn’t require more than a few thousand active participants though. According to Bitnodes, there are currently around 10,000 Bitcoin mining nodes spread across the world. However, if a given platform is truly novel and beneficial to the users—as in this case, when the users can get rewarded for learning or playing games—it might grow fast. Furthermore, after reaching the crucial mass, this network size would develop due to a natural dynamics around a certain equilibrium point: every user who drops out increases the chances of other users to win. Therefore, if the number of users temporarily drops below the point of stability, payoffs per person grow and more new users get attracted to the network.

The Possible Hurdle #2: AI Is Getting More and More Intelligent

Yet another potential hurdle is much more dangerous. Namely, Artificial Intelligence is getting more and more powerful, and it is hard to predict where it will be in a few years. In terms of visual perception, it is still far behind humans as of today. For instance, it is easy to fool an AI algorithm into misclassifying a “Stop” sign by putting a few stickers on it, or mock a speech-recognition system into recognizing nonexistent voices by injecting a white noise into the audio.

It is also still the case that Deep Neural Nets need many more examples than humans to learn how to properly categorize things. To teach a DNN to tell the difference between a cat and a dog, you need to provide a training set consisting of thousands of examples. And even if the network finally learns, it is still easy to fool it, e.g., by rotating the objects in the image. While for an average kid, it takes just one encounter with both animals to learn the difference and never make a mistake regardless of the situation.

However, is it still going to be the case ten or twenty years from now? Is there a class of problems at which the human brain will always stay better than the machine? This is yet to be determined. 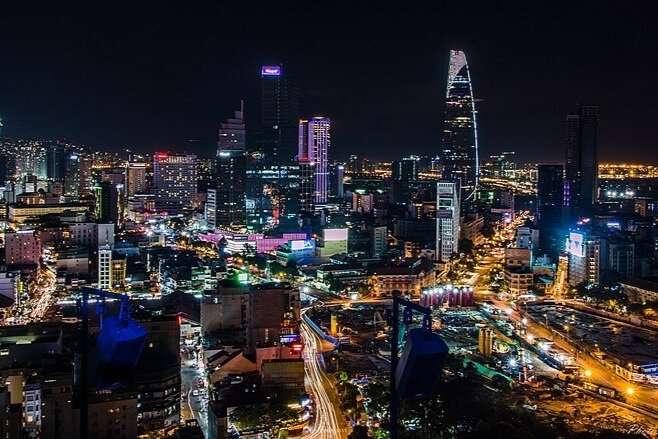 On the good side of things, such a solution might also have a few distinct positive implications of the Proof of Mind on society:

To sum up, even though the digitalization and automatization increase efficiency across multiple branches of industry, there are still circumstances under which coming back to the “ancient way” of building projects and using human labor, e.g., via the Proof of Mind, instead can turn out to be beneficial in the global terms and will add new quality to the Bitcoin value.