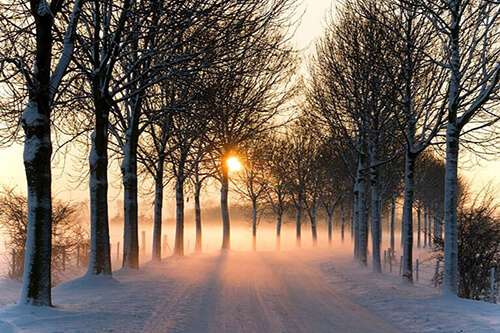 The Winter Is Coming! Stay Tuned

This is a difficult year for everyone. It’s not only due to the decrease in global productivity, the crisis in the job market, and the fact that we suffer from limited personal freedom.

It’s also because — from my experience — people are so tired and frustrated with the necessity to ignore their social nature and sitting at home, that they are getting more and more anxious, irritative, and explosive. For some reason, in the last few months, I argued with quite a few people I haven’t argued with any time before.

And all of a sudden, we found some stupid reasons to argue about it. I don’t even know how this came about, other than the corona-related, general irritability. With some of these people, I reconciled already, with some of them not. Anyways, I feel that we are all tired of the situation while the crisis is probably not going to end any time soon.

How To Prepare For The Winter?

And the winter is coming! Here in the Netherlands, winters are always dim and a bit depressive. It rains and sometimes snows, the sky is mostly cloudy, the air is freezing cold, and it’s often hard to find the energy to jump out of bed in the morning—and that’s even without any worldwide crisis happening… How will the winter feel this year, once we are all in a weak mental condition in the first place? Hard to predict, but my thoughts are dim.

So, what can one do in such circumstances, other than taking dietary supplements such as the vitamin D? Well, I don’t aim to focus on the usual suspects here — such as the proper diet or exercise — as they are obvious.

It’s rather that, I’d like to say that it’s good to search for some internal sources of energy: things that give you the power to go forward no matter what happens. Everyone reacts well to different stimuli; for instance, unlike most people, I cannot meditate and instead of energizing me, it wastes me.

So, what are your personal sources of strength? Things you can hold on to, and they will always make you feel motivated and energetic? It can be anything.

Below, I share some of my sources, and perhaps it will give you some ideas as well

I’m just curious about what’s next. Just like everyone, I don’t know what scenario gods have written for me, but every morning, I feel curious about the next card in this book. I like to think that we can do almost anything in life, and I opened my mind to lots of possibilities.

How will my projects play out? What will be the most important message of my next book? What will I find out while working on the aptitude tests that I’m preparing now? And what will I do next?

Who knows, maybe tomorrow I write a book with fairy tales, open a dropshipping store, or pack everything and go on some long, long trip? Or perhaps, today I’ll talk with someone so interesting and charismatic that I change my thinking about some important aspects of life?

As research shows, curiosity is as essential for getting productive at work as intelligence. Even Einstein himself identified curiosity as the main factor behind his academic success by saying, “I have no special talents. I am only passionately curious.” Well, I must say that quite possibly, this was just humble-bragging, but this is something we will never find out…

As I mentioned in one of the previous blog posts, entitled “Aptitude tests – what went wrong?”, recruiters often measure wrong variables while selecting candidates. Namely, they focus on measuring IQ, or fluid intelligence, instead of trying to figure out if the candidate (1) can hold sustained attention, (2) is even interested in the subject-matter of their next project.

Fortunately, this is slowly changing, and recently, employers tend to pay more attention to curiosity. There is even a separate term to describe your natural level of curiosity, the “curiosity quotient” (CQ), coined by Thomas L. Friedman in his book “The World Is Flat: A Brief History of the Twenty-First Century” (2007). Although there is no official measurement for the level of curiosity yet, this might change in the future and tests for curiosity might become one of the pivotal parts of the job application process

To sum up, curiosity is a strong driver, and it’s very beneficial to have that never-ending urge to find out “what next.” Curiosity can be developed to a certain extent, so why not try? This year has best shown that virtually anything can happen in our lives. This example is rather pessimistic, but hey, every stick has two endings. If the crisis can come at any moment, prosperity as well!

— and especially, with my mother. I noticed that many people of my age still carry some open wounds when it comes to the relationship with their parents. As a matter of fact, 85% of all the families are dysfunctional and most people only look good around their family in the photo.

Most people fight with their parents when they are young (and I did too!), but at some point, once you get less feisty and more mature, you need to shake hands and become a team. I have a very good, supportive relationship with my mother who is a very positive, energetic, and creative person, and I cannot imagine how life would look like if I didn’t.

So, if you have any open conflicts with your parents, I feel it’s better to end them as soon as possible. These conflicts drain your life energy every single day even if you don’t have direct contact with your parents and you don’t think about it. Better to take this burden off.

Very basic thing yet so underrated! First of all, the fact that you drink liquids, does not mean that you hydrate your body, as it all depends on the pH of the liquid. The pH of your blood is about 7.4, and if the liquids you are drinking, are more acidic than that (so, pH < 7.4), it effectively means that your body needs to lose some of its minerals to mix them with this liquid in order to inject the products from this liquid into the cardiovascular system.

While tap water usually has a pH higher than 7.4, most of the beverages we drink are quite acidic, from coffee, through tea, to soda. All these acidic drinks, instead of energizing you, amen you hated as they take away important minerals from your body.

And whenever I get stuck with something and I get frustrated, I just drink some water. And it puts me together quite quickly! So, it’s good to pay attention to this difference between beverages and drink a few liters of clean water a day (some nutrition experts claim that it should be two liters, but I personally believe that it should actually be much more than that). 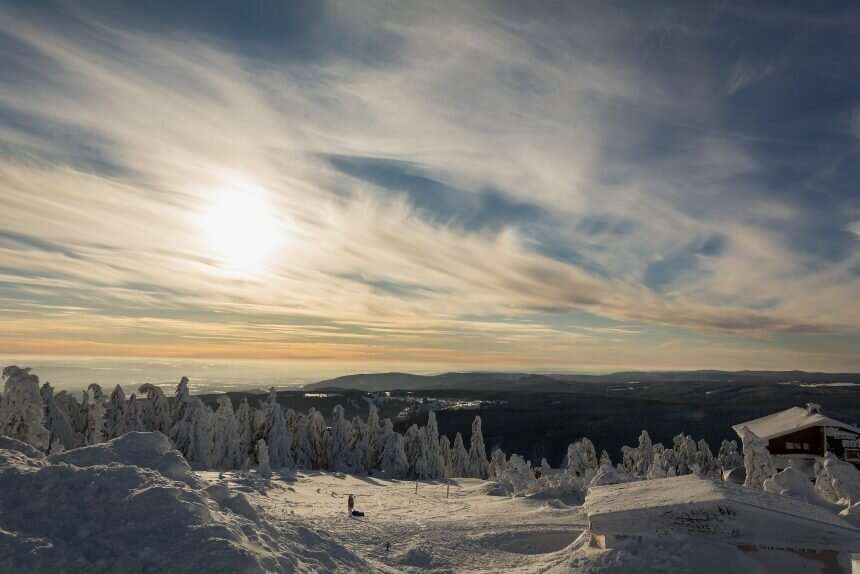 Good-quality sleep might have a bigger impact on your physiology than the diet and exercise altogether. Sleep is known for its significant impact on metabolism. Yet, my observation is that most people don’t pay too much attention — they often treat it as a normal situation that it takes them 1-2 hours to fall asleep at night.

To my mind, this is not normal, and if you have problems with your sleep, you probably should search for help. There are many ways to improve on your sleep, from taking care of a better mattress and better-arranged sleeping area to using an additional source of light with the sunlight spectrum during the day (like the lamps for spiders! It works really well). Using melatonin as a diet supplement is not a shame either.

Personally, I was blessed with good sleep, and it happened to me maybe twice during a lifetime when I couldn’t fall asleep at night. And, I believe that it’s one of my major sources of internal strength. I can’t really imagine how I would get through all the obstacles I had to face so far if I couldn’t sleep at night as some people do. So, my advice is: before the winter comes for good, make sure that your sleep is your source of strength and not your weakness.

Long-term goals always are a good driver, regardless of whether we have a crisis or not. It actually helped me a lot with going through this hard time that in the beginnings of this year, I finally accepted some of my shortcomings and created some vision of the lifestyle I would like to live in the future. I feel that before I got this concept, I was floating while now, I have a much more clear picture where I want to get, and this picture keeps me going.

So, in my case, the vision is this. I adore working and interacting with people; meeting new people and teaching 1-1 my favorite parts of what I do. But at the same time, I also need my personal space — where I can rest, recharge, think, and create new content. Being glued to internet 24/7 is just not healthy for me.

For the aforementioned reasons, my dream lifestyle would be life in which I can spend first half on the month on traveling, giving workshops, attending events, helping other people build their projects, visiting friends, and meeting new, interesting people, while the other half of the month I can spend back home, in a house somewhere in the woods or in the distant suburbs.

And, within that timeframe I’m mostly offline, spending my days on resting, gardening, chilling in the sauna, and creating new content. And, I hope to meet someone on my way who has their own project they are passionate about because I learned from autopsy that cannot really live around people who work 9 to 5, just for the paycheck. Plus, you have this natural need to find people who think and feel alike.

This might not sound like a big plan but for me, it’s big enough. I see this house in the woods on my mind every day, and it keeps me going. I would recommend creating such a vision to anyone — it will definitely help to get through the crisis and make little steps toward your goals every single day, no matter how dim the world outside the window might be.

Disclaimer: My company, Ontology of Value, participates in the Amazon Services LLC Associates Program, an affiliate advertising program designed to provide a means for sites to earn advertising fees by advertising and linking to Amazon.com. The link to the Thomas L. Friedman’s book in this article is an associate link.

Please cite as: Bielczyk, N. (2020, October 16th). The Winter Is Coming! My Top 5 Tips How You Can Prepare Your Mind and Body. Retrieved from https://nataliabielczyk.com/the-winter-is-coming-my-top-5-tips-how-you-can-prepare-your-mind-and-body/

2 thoughts on “The Winter Is Coming! My Top 5 Tips How You Can Prepare Your Mind and Body”